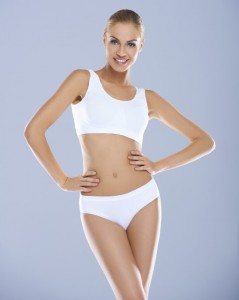 Lidocaine and epinephrine are used during tumescent liposuction. Lidocaine is a local anaesthetic and epinephrine is used not only to prolong the effect of lidocaine, but also to constrict the blood vessels. This is why tumescent liposuction incurs less blood loss and is generally safer and more effective than previously used techniques. Some of these older techniques required blood transfusions, not to mention general anesthesia. Also, lidocaine tends to inhibit the growth of bacteria, reducing the chance of infection. Today’s technique is much safer. Also this technique magnifies topical details such as benign fatty tumors and thus makes for their easy removal in the one procedure. But if you have a history of a heart condition or high blood pressure, epinephrine can be a problem as it makes the heart work two to three times harder. Actually, it is this increase in cardiac output that may hasten the elimination of drugs from the patient’s system. What is helpful in a healthy person is not at all helpful in someone with high blood pressure or heart problems.

Morbid obesity, recent crash dieting, and poor health are contraindications for liposuction. People who have had heart disease, pulmonary disease, or diabetes or are excessively overweight are not candidates for liposuction. The answer is liposuction is very safe for the appropriate candidates. At Little Rock Cosmetic Surgery Center, liposuction candidates are screened carefully. Safety is our first concern.