Another thing to understand is that VASER liposuction is in combination with tumescent liposuction. Both Tumescent Liposuction and VASER Liposuction use tumescent solution. An anesthetic solution containing lidocaine and epinephrine is injected into the target area in order to isolate the fat, increase precision and numb the area before traditional liposuction is performed. That’s why the name of the procedure contains the word “assisted.” VASER liposuction is tumescent liposuction with an extra step. And that is the down side. The procedure sometimes takes longer because first there is a pass over the target area with the ultrasound to emulsify the fat, and then a second pass is required for suctioning out the fat. This intermediary stage costs time and money, but depending upon the patient, using ultrasound in conjunction with traditional tumescent liposuction can produce dramatic results. VASER assisted liposuction is extremely helpful in fibrous areas where the fat is very dense, making fat easier to suction out of the body with less bruising. 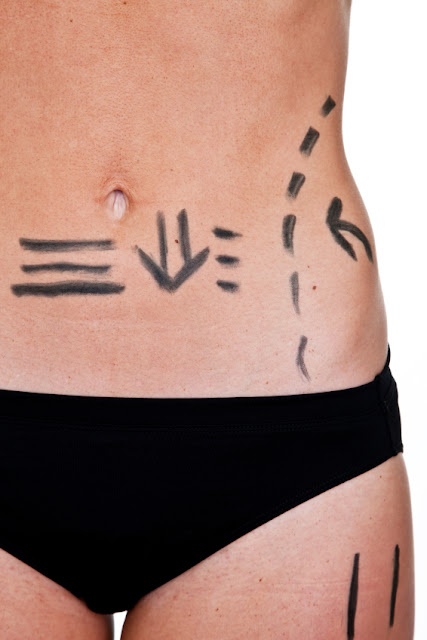 A study has shown that VASER assisted liposuction can help with the “clinical effects of coagulation, fat aspiration, and skin tightening,” as stated in the results of a  2011 study published in Journal of Cosmetics. This study also stated that ” technology offers superior performance compared with other methods of liposuction due to increased skin tightening and mild operation resulting in higher safety, patient tolerance, and fast recovery.” A third study also published in 2011, also reported
“The optimal patient appears to have excess adipose with mild to moderate skin laxity and is adverse to the usual length of scars associated with excisional surgery.” This study also confirmed earlier studies that found that ultrasound also helped new collagen to form thus improving skin contraction by filling out the areas fat was removed from.

Ultimately, your cosmetic surgeon will assess you to see which type of liposuction is best for you. The most important decision for a patient is in choosing a board certified cosmetic surgeon who has performed the procedure many times. Arkansas patients can have VASER assisted Liposuction or Traditional Tumescent Liposuction at Little Rock Cosmetic Surgery Center.